Fireworks From The Tower 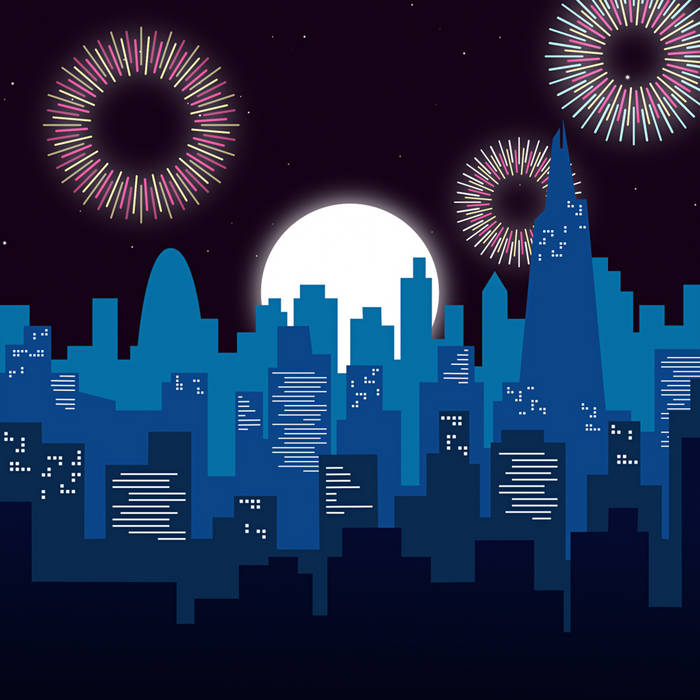 aliassheep This piece makes me smile Favorite track: Fireworks From The Tower.

Composer and saxophonist Samuel Sharp presents 'Fireworks From The Tower'. These latest works reflect a fresh shift towards Sharp’s output as a live performer and composer, creating innovative soundscapes that blur the lines between jazz, electronic and experimental. His album "Patterns Various" is out in February 2021 and now available to pre-order on Bandcamp:
samuelsharp.bandcamp.com/album/patterns-various

'Fireworks From The Tower' tells the story of when Sharp played a gig at the BT Tower’s revolving restaurant in central London one 5th November, i.e. bonfire night. As he puts it “we had full 360 degree views of all of the fireworks displays right across London, which rather than the start / stop oohs and aahs you normally get, instead provided a constant stream of beautiful lights across the capital.” You can hear these patterns cascading through, as Sharp’s sax playing switches between different meters, echoing subtly at first, then culminating in extended improvised sections as the explosions come and go in waves.

'Longdown Hill' is named after a road in rural Buckinghamshire that Samuel frequented whilst studying A-Level music in his year out between school and university. “This is my favourite all time road to drive on, a stunning wooded hill that inspires all year round. I started with the school term in autumn, leaves exploding as I raced along, followed by the harshness of winter, the promise of spring and the tension / release of summer with exams and holidays all mixed in together”. Here we find delayed harmonising effects trying to answer the questions laid out by the saxophone, as the shifting intervallic leaps result in deep overlapping sonic landscapes of an ambient nature.

The bulk of his work to date has been released under the artist name Lossy. Always at the forefront of technology, his stage rig has taken many forms over the years, combining quirky controllers, live electronics, traditional instruments and looping gear to enable him to improvise and compose on the fly. His live sets are noted for their storytelling and relatable nature, as he pulls his sounds and influences from the real life events and observations he has collected over the years. As a touring musician he has performed with the likes of Hackney Colliery Band, Augustines, Hollie McNish, Introducing Live (DJ Shadow Project) and Stephen Crowe. As a session musician and producer his collaboration and remix portfolio includes artists as diverse as Phil Selway (Radiohead), Uno Helmersson (The Bridge), Roska, Laura Mvula, Bawrut, Nick Luscombe’s Musicity, Beverley Knight and Ben Taylor.

Both tracks are taken from an upcoming album, expected to release in spring 2021.