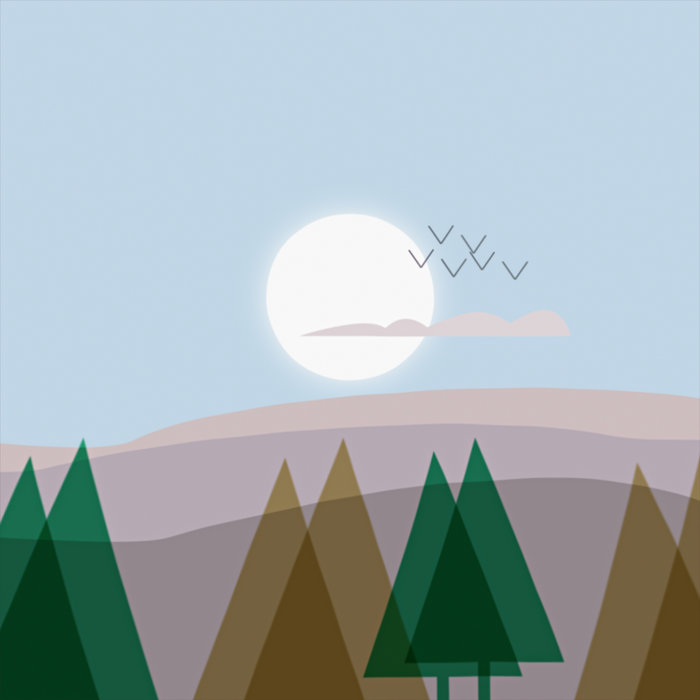 “Dawn Rises” is the third single from composer and saxophonist Samuel Sharp as he builds towards his album "Patterns Various", out in February 2021 and now available to pre-order on Bandcamp.
samuelsharp.bandcamp.com/album/patterns-various

The story goes that Sharp met up with some old friends and went camping in the Cotswolds. After a night by the campfire he was the first to wake up the next morning and this music captures the moment he looked out across the valley as the sun rose. In his own words: “I could see nature slowly coming to life - fields, mist and noises from a nearby farm. I was in wondrous and completely new surroundings, feeling grounded and content by the familiarity of old friends.” We can hear the playful and promising atmosphere as the scene unfolds within the initial repeated introduction and rising melody, helping lift the mood and raise our expectations for the day ahead. Later we can also find comfort and warmth in the progression spelled out by the lower and steadier B section, reminding us and reassuring us that we are comfortable and joyful to be among long term companions.

The bulk of Samuel’s work to date has been released under the artist name Lossy. Always at the forefront of technology, his stage rig has taken many forms over the years, combining quirky controllers, live electronics, traditional instruments and looping gear to enable him to improvise and compose on the fly. His live sets are noted for their storytelling and relatable nature, as he pulls his sounds and influences from the real life events and observations he has collected over the years. As a touring musician he has performed with the likes of Hackney Colliery Band, Augustines, Hollie McNish, Introducing Live (DJ Shadow Project) and Stephen Crowe. As a session musician and producer his collaboration and remix portfolio includes artists as diverse as Phil Selway (Radiohead), Uno Helmersson (The Bridge), Roska, Laura Mvula, Bawrut, Nick Luscombe’s Musicity, Beverley Knight and Ben Taylor.